A Brief History of the Tohono O'odham 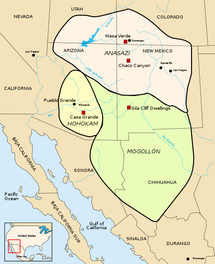 The history of the Tohono O'odham people (formerly known as the Papago) begins around 8,000 BCE with the first evidence of habitation in the Sonoran Desert region of Arizona and Mexico. Much later, around 100 BCE, a people known as the Hohokam moved into the area. They shared many traits with groups from further south in Mexico and may have originated there. Around 1300 CE, the Hohokam were joined by another group called the Salado, who built large, multistory homes before vanishing. Researchers believe these two groups are the ancestors to the modern Tohono O'odham based on cultural and archaeological evidence. Linguistically, the Tohono O'odham speak a dialect of Uto-Aztecan, a family of languages found among Native Americans predominantly in the Western United States and Mexico. In recent years, there has been an effort to revive and preserve the Tohono O'odham language, as its use declined as contact with Spanish and English speakers increased.

First contact with Europeans, and thus the first written records of the Tohono O'odham, came during the 1500s, but was limited due to lack of Spanish interest in a desert without fertile land or gold. One thing they did leave behind, which the Tohono O'odham embraced, was wheat. Because of its planting cycle, the addition of wheat allowed for two harvests per year instead of one, and the Tohono O'odham began trading with their southern neighbors for metal tools and seeds. While other tribes to the south and east were invaded by Spanish miners, little of mineral interest was found at this time in traditional Tohono O'odham lands, and they were once again spared. 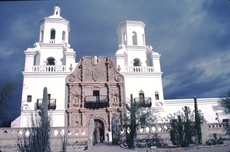 San Xavier del Bac
In late 1686, a Jesuit missionary named Father Eusebio Francisco Kino established a mission on the San Miguel River near the settlement of Cosari. While this mission was later abandoned, Father Kino founded dozens of missions in the Sonoran region and the one at San Xavier del Bac, on the Tohono O'odham reservation, is still active and a center for the community. This is the furthest back that any Tohono O'odham genealogy is likely to reach because the church kept the first records of Tohono O'odham individuals. The Roman Catholic Diocese of Tuscon maintains an archive of sacrament records from the churches and missions in its area, some dating back to the 1700's. Father Kino brought with him a variety of domesticated animals, including cattle, that were adopted by the Tohono O'odham. He described the people he found as friendly and enthusiastic and he was welcomed as he traveled around the area, visiting different villages and homes. Due to his good relations with the Tohono O'odham, he was able to provide a moderating influence during conflicts between the Natives and the Spanish.

Spanish customs slowly migrated north through interaction with southern tribes as well as the influence of the missionaries, but compared with their southern neighbors, contact with the Spanish among the Tohono O'odham remained relatively less extensive and they were able to maintain their cultural integrity.

In 1853, the region of Southern Arizona was purchased by the United States from Mexico through the Gadsden purchase, depriving the Tohono O'odham of their Mexican citizenship while not granting them United States citizenship in exchange. Politicians in the United States and Mexico created their new political boundary by following a river, and in the process split the lands of the Tohono O'odham into two pieces, one in the United States and the other in Mexico. This division did not greatly affect the Tohono O'odham until later in the twentieth century when border security became an issue; until then, they simply crossed their traditional lands in and out of Mexico as they had for centuries before. Illegal immigrants crossing through Tohono O'odham land often were given food and water after the long journey through the desert, however, in recent years there has been a massive upsurge in both illegal immigrants and drug runners crossing the reservation. In their wake, they have left behind mounds of garbage, abandoned vehicles, drug violence, and the corpses of those who die of dehydration and exposure before making it to the United States. 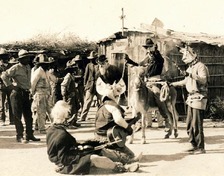 After the Gadsden Purchase, ranchers in the United States moved into Tohono O'odham lands and claimed springs and wells. While many Tohono O'odham lived in the desert areas and were not affected, those who resided near the San Xavier del Bac Mission saw their land taken from them by the newcomers. In 1874, as a result of settler and rancher encroachment, the United States government established the first Tohono O'odham reservation near the Santa Cruz River totaling 70,000 acres. Later reservation additions include the areas around Florence Village, San Lucy, and the main reservation around the town of Sells, Arizona.

In contrast to many other Native American groups, exposure of the Tohono O'odham to United States institutions has been relatively recent; the first government school wasn't established until 1917. Prior to 1930, life on the reservations changed slowly as contact with whites increased. New wells were dug by the United States government and some of the Tohono O'odham began to take up permanent residences rather than migrating with the seasons as they had done before. Cattle ranching became a mainstay of the reservation economy with the new water supplies. The agents of the Bureau of Indian Affairs tried to enforce regulations on the Tohono O'odham, such as compulsory schooling and curfews on traditional night dancing, in an effort to “civilize” them as they saw it, but encountered resistance and were often simply ignored. 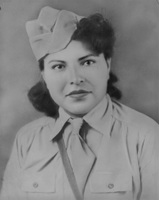 Ella Gloria Narcho Rumley
Fifteen Tohono O'odham men served in World War I and in 1919 they were granted citizenship by congress with a law extending citizenship to Native American veterans. In 1924, the United States government finally gave citizenship to all Native Americans. However, despite this new recognition, Arizona did not grant them the right to vote until 1948.

In 1935, the Tohono O'odham voted to accept the Indian Reorganization Act and created their first tribal constitution. Under the Act, all of the Tohono O'odham reservations were combined into a single tribal government that operated out of the town of Sells. Local autonomy was preserved with a system of thirteen district councils. In the years that followed, the Tohono O'odham slowly regained much of the lands they had lost and began to use the courts to their advantage to fight for their rights. Around two hundred and fifty Tohono O'odham men and women served during World War II, including Ella Gloria Narcho, a member of the Narcho family and a well known community activist. These young people, as well as those who left the reservation to work in the wartime economy, acquired new skills and greater knowledge of the world. In the post war years, many young adults left the reservation to pursue other opportunities either occupationally or with education. Contact with life outside the reservation increased and the old ways were slowly lost. Small villages were abandoned in favor of larger towns like Sells, or even Tuscon and Phoenix.